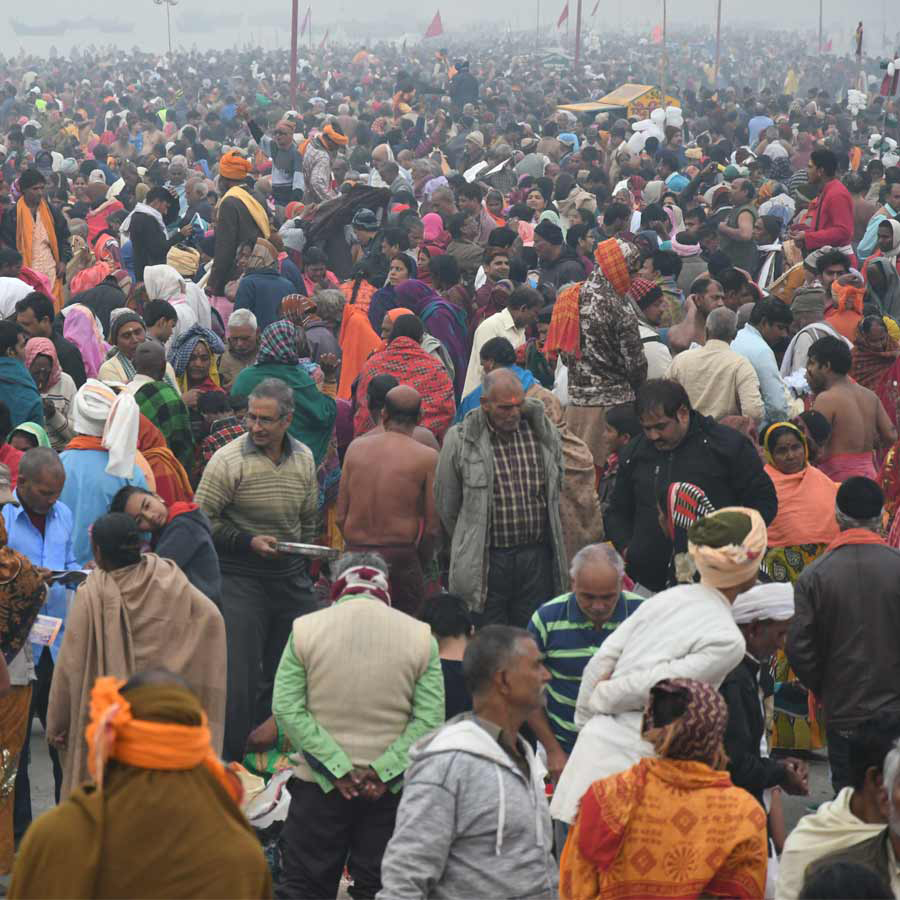 The history of the Gangasagar Pilgrimage is as old as time. We find the earliest documentation of this pilgrimage in the Indian epic "Mahabharata," in the "Vana Parva" segment. This arguably puts the origin of the Mela around 1500–2000 BCE.

According to Brajendranath Bandyopadhay’s "Sangbad Patre Sekaler Kotha," published in 1933 by "Bangiya Sahitya Parishad," the first Kapil Muni temple was constructed in 437 AD. And the source of this fact first surfaced in the 19th-century newspaper "Harkara Patrika." This fact can be corroborated by the literary masterpiece "Raghubangsham," by Maha Kabi Kalidas in the fifth century AD, which narrates glimpses of the pilgrimage.

In medieval times, pilgrims from every corner of the country braved the twin threats of crocodiles and gharials in water and the fury of the Bengal Tiger on land, to visit the land of faith. During the perilous journey, pilgrims had to further deal with diseases such as cholera and pox. Nonetheless, people used to visit the island at least once in the hope that it would wash away their sins. This formed the genesis of the Vachan, "Sab Tirth Bar Bar, Gangasagar Ekbar." A glimpse of this perilous journey has been chronicled in Bankim Chandra Chattopadhyay's iconic masterpiece "Kapalkundala."

The elements have had a significant impact on Kapil Muni's temple. The ever-rising sea level and natural disasters have washed away several iterations of the Kapil Muni temple. According to local folklore, the present temple is the seventh iteration of the Ashram. It was constructed in 1973, under the supervision of Ashram Ramdas Ji Maharaj, the Mahant (head priest), at Ahyodhaya's Hanuman Gari Ashram. However, some sources place the origin of the present temple in 1971.

With time, the myths of Gangasagar have interwoven with our modern lives, with schemes such as E-Snan and E-Puja getting introduced in 2021 and 2022 to bring the pulse of the mela to every doorstep.